There was just a strip of towel left from my previous effort in towel transformations.  One day I was looking at our very sad pot holders (we call them pot grabbers here!) and it occurred to me that we could have some new ones. Pretty soon I had two layers cobbled together from my towel ends.

The old ones were made the same way and in the end I washed them and re-covered them. This one obviously had a moment in the flame, and a hard life! 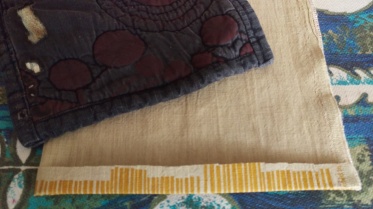 The first one got a new cover stitched by machine and hand finished with some embroidery thread that was a really good match! 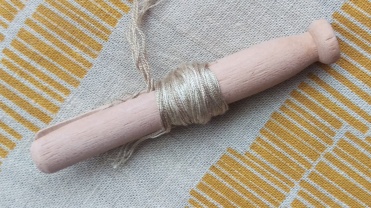 The next one got a new cover with E Cinerea prints. You can see what an improvement it would be…

Then finally, in a week focused on finishing things… and after my beloved asked if we would ever get them back…. I covered the final pot grabber. 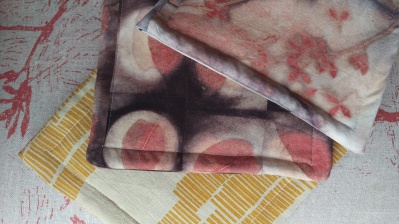 I know it’s traditional to have a loop or a ring on a pot holder’s corner.  Last time I sewed on curtain rings.  This time I have faced the reality.  We are slatterns who just throw the pot grabbers into the cupboard with the saucepans.  We have no hook for them and clearly we’re not bothered by its absence.  So here they are, done at last! 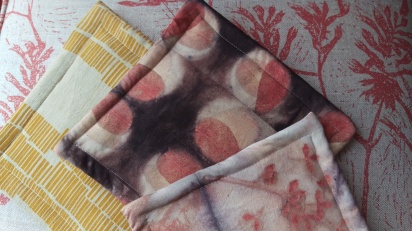