We spent Christmas with my beloved’s family and my daughter in Melbourne.  We were in Melbourne, so yarn bombs were to be expected, but this one on a major city street was a serious commitment, with lace and cables and a a lot of pom poms, offering the colours of the rainbow.  maybe it was someone’s statement on the whole same sex marriage debate our country has all too recently been having? 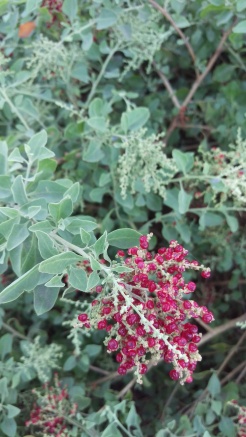 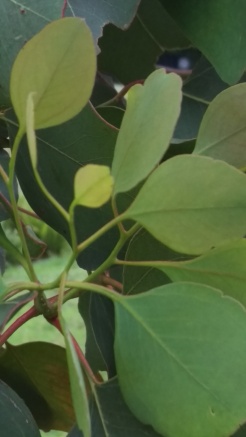 I did not expect to be surrounded by dye plants!  There were dye eucalypts all round where we were staying: E Cinerea, E Sideroxylon, and even more exciting, E Polyanthemos! Also, rhagodia in fruit. 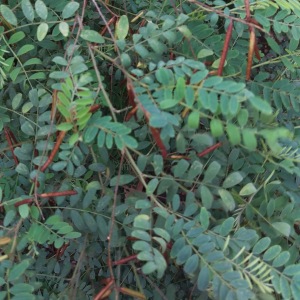 Even more exciting still, Indigofera Australis, and a lot of it.  I just had no way to dye with any of it in the time we were there.  I just had to be content with admiration.